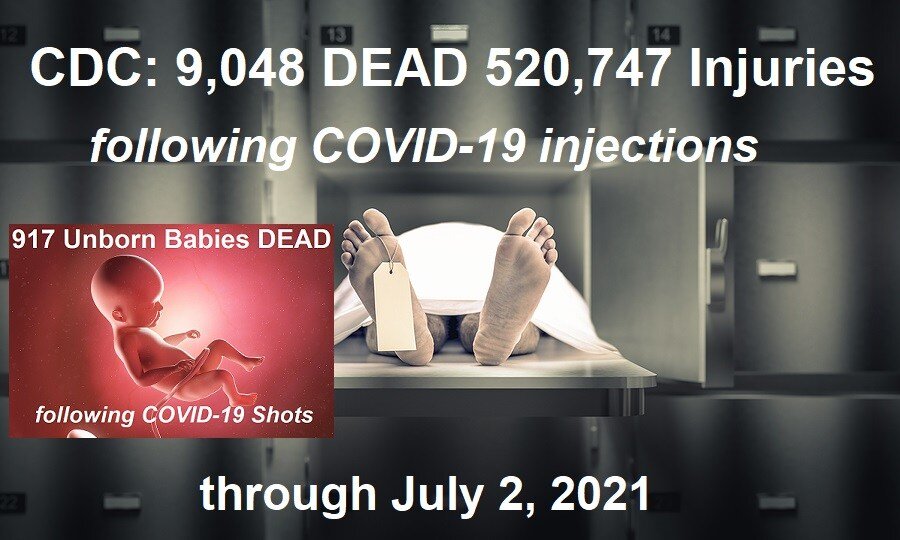 SHOULD INFORMED CONSENT, THE NUREMBERG CODE AND THE HIPPOCRATIC OATH BE UPHELD AT ALL TIMES?

Should we pay attention to the number of deaths and heavily injured due to the experimental COVID-19 injections? Is the biggest crime of this time and perhaps of all times being committed right now?

Can we look away? Are we going to hold these people in power accountable for what they are doing and have done? Doctors, virologists and scientists, do they need to speak up to stop this madness and are they accountable too? Is it OK to look the other-way and ignore these huge numbers of death and injured around the world due to these experimental COVID-19 injections? Is it OK that they want to inject our children? Are we going to let this happen?

When you read the following figures (people) please keep in mind that the alleged virus SARS-CoV-2 or any of the alleged mutations have never been scientifically proven to exist.

But somehow it is OK by the people in power as well as doctors, virologists, epidemiologist, scientists and most ordinary citizens that mRNA vaccines which are Gene Therapy Injections are now killing and injuring thousands of people. I AM TALKING ABOUT MOTHERS, FATHERS, BROTHERS, SISTERS, GRANDMA’S & GRANDPA’S, BOY & GIRL FRIENDS, FRIENDS, UNCLES & AUNTIES, COUSINS, NEPHEWS, NIECES, NEIGHBOURS AND WORK COLLEAGUES WORLDWIDE are we OK with that?

Data released today by the Centers for Disease Control and Prevention (CDC) included 9,049 reports of deaths, across all age groups, following COVID vaccines — an increase of more than 2,000 compared with the previous week. The data comes directly from reports submitted to the Vaccine Adverse Event Reporting System (VAERS).

VAERS is the primary government-funded system for reporting adverse vaccine reactions in the U.S. Reports submitted to VAERS require further investigation before a causal relationship can be confirmed.

Every Friday, VAERS makes public all vaccine injury reports received as of a specified date, usually about a week prior to the release date.