IS YOUR MODEM/ROUTER AFFECTING YOUR SLEEP AND CAUSING FATIGUE? 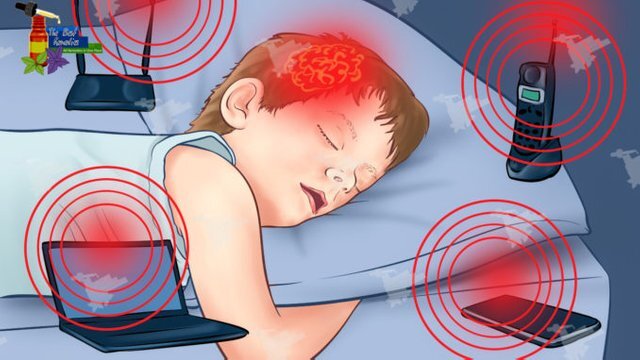 I wrote to the Landlord (who lives in the same house) the following email and did my very best to explain my situation and what I had discovered.

I write to you to discuss if the modem/router can be turned off at night for when we sleep. Yesterday I had measured the radiofrequency radiation exposure in my bedroom and unfortunately, it is dangerously high according to the building biologist safety radiation exposure guidelines.

Anything above >10 μW/m² according to the Building Biologists safety guidelines, precaution is to be considered and anything above > 1000 μW/m² microwatts per square meter (my bedroom measures 6000 μW/m²) these call for immediate and rigorous action.

Any risk reduction is worth aiming at. Guideline values are meant as a guide. Nature is the ultimate standard which is: 0.000001 µW/m²

My bedroom reading is as high as 6000 μW/m², the main cause of this high RF radiation exposure is the modem which is located in the study room 8 meters away from where I rest my head on the pillow to, sleep and rejuvenate.

I started to notice after a few days of staying in this bedroom that I was waking up tired and felt foggy in the head which is not the norm. I let it go on for a few weeks as I wanted to settle in before I was making any assumptions. But my symptoms were not improving instead they were getting worse. I then had the radiation exposure measured and it became clear to me why I felt tired, not well-rested, and not fresh when I woke up in the morning.

I explained in my email to the Landlord that there is a lot of good scientific peer-reviewed information that confirms why WIFI can be harmful and that my symptoms are not unusual.

WIFI is an important threat to people’s health (published in Elsevier). This paper is not focused on anecdotal reports but rather on 23 controlled, scientific studies of such health-related effects in animal cells, in culture, and human beings all report effects of WIFI.

EMF (WIFI) radiation affects sleep because it has been known to reduce the amount of melatonin that we produce. The Department of Electrical and Electronic Engineering at the University of Melbourne conducted a study on exactly this. Furthermore, the results show the significance of disruption of melatonin due to exposure to weak EMFs, which may lead to long-term health effects in humans.

Explanation of how WIFI affects your brain, sleep, and bodily function:

The Department of Electrical and Electronic Engineering at the University of Melbourne found that EMF’s affect the bodi’s production of melatonin, which is the very hormone that seems to regulate our sleep and our alertness. The pineal gland (the organ that produces melatonin and other hormones) sees the radiation from the modem/router as a source of light. Basically, the sun is shining 24/7 which has a negative effect on our melatonin production.

The landlord had received my email but chose to stay ignorant nor was she interested in the scientific papers that backed up WIFI exposure is detrimental to people’s health. The irony of it all was that she showed symptoms of fatigue herself.

To the landlord’s credit, she just chose to be ignorant, rather than to be arrogant as well, meaning that she wanted to debate the subject while she knew nothing about it.

The landlord decided that it was too much of a hassle to make some simple changes despite scientific proof of the harm doing the modem was causing. Convenience and ignorant trumped the value of health.

It was an easy decision for me to make as my health is everything to me, I, therefore, made arrangements to move out and move on.

What is your home/work situation?

I want to leave you with some useful tips so that you can start safeguarding yourself and the people that you care for.

Tips to minimiSe radiation exposure from your modem/router:

Long exposure to WIFI can cause many chronic health symptoms.

I hope this information has been useful to you. Switching off the WIFI at night can/will improve the quality of your sleep and how fresh and energised you feel when you wakeup.

Ps. if want to learn more about the Australia Standard for radiation exposure you probably want to check out my previous blog post: CELL TOWERS TRANSMITTING EXTREMELY HIGH RADIATION FREQUENCIES CAUSING ALL KINDS OF HEALTH PROBLEMS