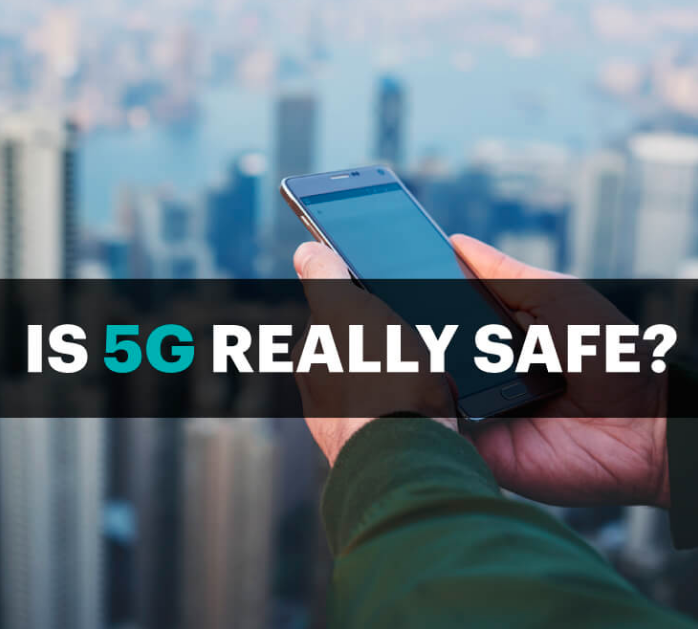 The US state of New Hampshire has published a report recommending precautions to protect people and the environment from wireless radiation.

The ‘Final Report of the Commission to Study The Environmental and Health Effects of Evolving 5G Technology’ was prepared by a Commission of experts in physics, toxicology, epidemiology, public policy and members of the telecommunications and business industries.

‘All but the presenter representing the Telecommunications Industry … acknowledged the large body of peer-reviewed research that shows that the type of RF-radiation generated by wireless devices can have a deleterious effect on humans, especially children, as well as animals, insects, and vegetation,’ the report said.

The report addressed the question of why US regulators maintain mobile phone radiation is safe when a large body of research suggests that it is not. ‘This report documents how the leadership roles in some agencies (the FCC in particular) are filled by individuals with strong industry ties and hence are more focused on industry interests than the health of citizens.’

The report also referred to the fact that federal legislation does not give US communities, cities or states the power to make decisions about infrastructure in their domain and suggests this will be an important issue when approximately 800,000 new antennas are constructed for 5G.

The Commission expressed concern about the fact that today’s citizens are living in a ‘soup’ of different frequencies and exposure will increase with time. It also acknowledged that the World Health Organisation and insurers are ‘hedging their bets’ about the safety of this radiation.

The Commission published the following recommendations.

1.  …require Federal Communication 1. Commission (FCC) to commission an independent review of the current radiofrequency (RF) standards of the electromagnetic radiation in the 300MHz to 300GHz microwave spectrum as well as a health study to assess and recommend mitigation for the health risks associated with the use of cellular communications and data transmittal…’

2.    Require that the most appropriate agency (agencies) of the State of New Hampshire include links on its (their) website(s) that contain information and warnings about RF-radiation from all sources, but specifically from 5G small cells deployed on public rights-of-way as well as showing the proper use of cell phones to minimize exposure to RF-radiation, with adequate funding granted by the Legislature. In addition, public service announcements on radio, television, print media, and internet should periodically appear, warning of the health risks associated with radiation exposure. Of significant importance are warnings concerning the newborn and young as well as pregnant women…’

3.   ‘Require every pole or other structure in the public rights-of-way that hold a 5G antenna be labelled indicating RF-radiation being emitted above. This label should be at eye level and legible from nine feet away…’

4.   ‘Schools and public libraries should migrate from RF wireless connections for computers, laptops, pads, and other devices, to hardwired or optical connections within a five-year period starting when funding becomes available.

5.   ‘Signal strength measurements must be collected at all wireless facilities as part of the commissioning process and as mandated by state or municipal ordinances…’

6.   ‘Establish new protocols for performing signal strength measurements in areas around wireless facilities to better evaluate signal characteristics known to be deleterious to human health as has been documented through peer-reviewed research efforts…’

7.   ‘Require that any new wireless antennae located on a state or municipal right-of-way or on private property be set back from residences, businesses, and schools…’

8.   ‘Upgrade the educational offerings by the NH Office of Professional Licensure and Certification (OPLC) for home inspectors to include RF intensity measurements…’

9.   ‘…measure RF intensities within the frequency ranges throughout the state, with the aim of developing and refining a continually updated map of RF exposure levels across the state using data submitted by state-trained home inspectors…’

10.   ‘Strongly recommend all new cell phones and all other wireless devices sold come equipped with updated software that can stop the phone from radiating when positioned against the body…’

11.   ‘Promote and adopt a statewide position that would strongly encourage moving forward with the deployment of fibre optic cable connectivity, internally wired connections, and optical wireless to serve all commercial and public properties statewide…’

15.   ‘…engage our Federal Delegation to legislate that under the National Environmental Policy Act (NEPA) the FCC do an environmental impact statement as to the effect on New Hampshire and the country as a whole from the expansion of RF wireless technologies…’

A minority report was also published by Commissioners from the telecommunications and industry associations.

‘Final Report of the Commission to Study The Environmental and Health Effects of Evolving 5G Technology’, http://www.gencourt.state.nh.us/statstudcomm/committees/1474/reports/5G%20final%20report.pdf

For further information on radiation exposure levels please click on the link below.