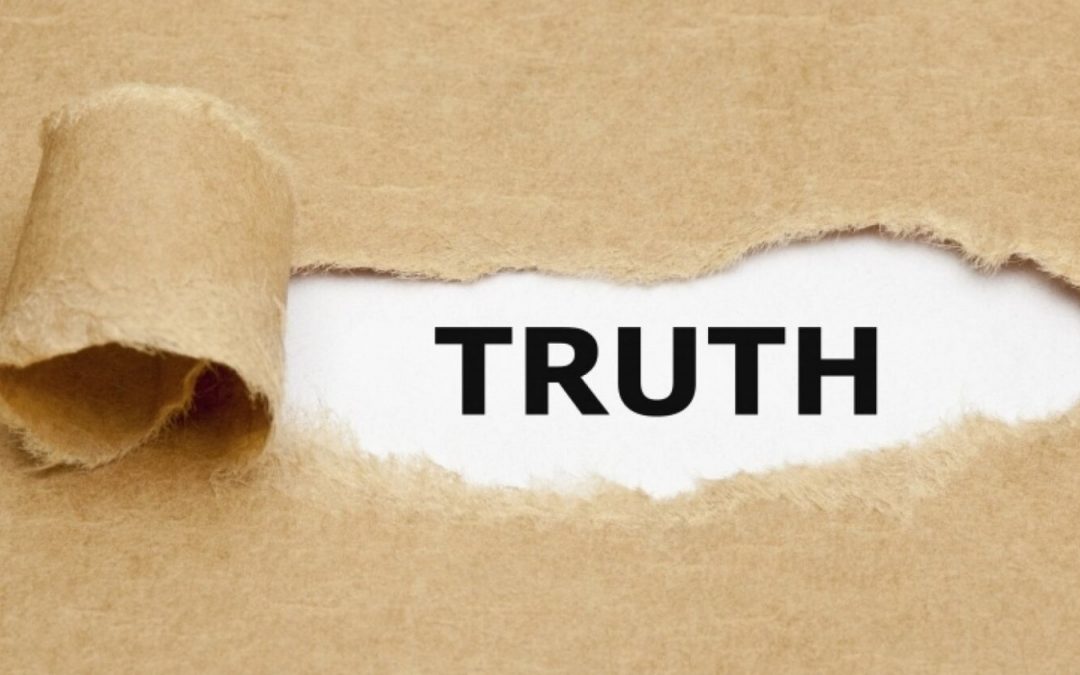 BIO
Stefan Lanka, PhD is a German biologist and former virologist. Since the early 1990s, he has been at the forefront speaking out about the pseudoscientific methods used to prove the existence of so-called viruses and challenging the medical theory stating that viruses are the cause of infectious diseases.

Contrary to what most people believe, there are no pathogenic viruses. The claims about the existence of viruses and viral diseases are based on historical misinterpretation – Dr Stefan Lanka, PhD

The following seven arguments that Dr Stefan Lanka (biologist & virologist) describes in this blog post, really shows that we the people must start taking full accountability for our lives and health.

The time has come that we need to take these seven arguments to scientists, virologist, doctors, pharmaceutics and government representatives and start demanding answers.

There is no virus, ignorance and fear do much damage and throws critical thinking and logic out of the window. When fish in an aquarium is getting sick, logically you first look at the quality of the water instead of vaccinating the fish.

When people are getting sick and are getting a disease there are always reasons as to why this happens. To prevent you from becoming sick is it important that your direct living and working environment is non-toxic. That you eat enough plant-based whole foods (PBWF), drink enough good quality water (structured), exercise, do what you are passionate about; making sure that you have healthy relationships in your life and get enough direct sunlight and fresh air – your body will give you tremendous health and your state of mind will be very supportive no matter what context your find yourself in.

It is important to comprehend that as long as you believe in the concept viruses the pharmaceutical and medical industry will keep injecting poison into people without any accountability and liability what’s so ever.

Viruses are a myth they are an invention of the scientific community and a huge profit centre for the pharmaceutical industry. It is therefore time that these people are going to be hold accountable and that they start to answer the following seven questions.

It is up to you and me to do this.

Short, clear and easily comprehensible explanation of ‘the claims’ of all viruses that cause illness:

Error and self-deception are human, comprehensible and excusable. What is not excusable are the constant claims of virologists that their statements and their actions are scientific. That is clearly wrong, easily provable and comprehensible for everyone. Therefore the virologists who claim coronaviruses or other pathogenic viruses are to be called employment fraudsters and prosecuted by legal means so that they retract their false, disproved and dangerous statements. Thus, the Corona crisis and other “viral” disasters with resulting deadly consequences such as “AIDS”, „Ebola” and other unfounded “viral” pandemics can and will not only be stopped, prevented in the future but turned into an opportunity for all.

The definition of what can be called a scientific statement and the resulting obligations are clearly defined. Summarized:

A. Every scientific statement must be verifiable, comprehensible and refutable.

B. Only if the refutation of a scientific statement by laws of thought, logic and, if applicable, by control experiments have not succeeded, a statement may be called scientific.

Every single argument alone is sufficient to refute the existence claims of all “pathogenic viruses” and this is what virologists of this discipline do (except for researchers who deal with the existing “phages” and “giant viruses”). In the following points, the word “virus” is used instead of the word combination “pathogenic virus”.

1. The fact of Alignment

Virologists have never isolated a complete genetic strand of a virus and displayed it directly, in its entire length. They always use very short pieces of nucleic acids, whose sequence consists of four molecules to determine them and call them sequences. From a multitude of millions of such specific, very short sequences, virologists mentally assemble a fictitious long genome strand with the help of complex computational and statistical methods. This process is called alignment.

The result of this complex alignment, the fictitious and very long genetic strand, is presented by virologists as the core of a virus and they claim to have thus proven the existence of a virus. However, such a complete strand never appears in reality and in scientific literature as a whole, although the simplest standard techniques have long been available to determine the length and composition of nucleic acids simply and directly. By the fact of the alignment, instead of presenting a nucleic acid of the appropriate length directly, the virologists have disproved themselves.

2. Fact of the lack of control experiments for alignment

Virologists have never performed and documented an alignment using equally short nucleic acids from control experiments. To do this, they MUST isolate the short nucleic acids from the exact same cell culture procedure, with the difference that the suspected “infection” does not occur by adding supposedly “infected” samples, but with sterile materials or sterilized samples that have been “control-infected”. These logical and mandatory control experiments have never been performed and documented. The virologists alone have thus proven that their statements have no scientific value and must NOT be passed off as scientific statements.

3. Alignment is only done by means of mental constructs

4. Viruses have never been seen in a human/animal/plant or in liquids thereof

Virologists claim that infectious, i.e. intact viruses are supposed to be present in large numbers in blood and saliva. That is why, for example, in the Corona crisis, all people wear a mask. To date, however, not a single virus has been photographed in saliva, blood or other places in human/animal/plant or fluids, although electron microscopic imaging is now an easy and routine standard technique. This unambiguous and easily verifiable fact alone, that there are no images of viruses in human/animal/plant or liquids from it, disproves all virus allegations. something that has never been seen in human/animal/plant or liquids from it must not be given as a scientifically proven fact.

5. The composition of the structures that are claimed to be viruses has never been biochemically characterized

There are two different techniques that virologists use to create photos of alleged viruses. For transmission electron microscopy, they use cell cultures which they embed in synthetic resin, scrape into thin layers and look through. Particles that they show in such images have never been isolated and their composition has never been biochemically determined. After all, all proteins and the long genome strand that is attributed to the viruses would have to be found. Neither that nor the isolation of such embedded particles and the biochemical characterization of their composition appear in a single publication by virologists.

This refutes the virologists’ claim that such recordings are viruses.

The other method used by virologists to photograph viruses under the electron microscope is the simple and fast observation electron microscopy known as negative staining. In order to concentrate actually existing structures, such as “phages” and “giant viruses”, and to separate them from all other components, which is then called “isolation”, a standard technique is used, the density-gradient centrifugation. The visibility of the presence, appearance and purity of these isolated structures in the electron microscope is achieved by coating these particles with a metal-containing substance and making the underlying structures appear as shadows in the electron beam. The other part of the isolated particles, which were made visible by “negative staining”, is biochemically characterized. In the case of all phages and giant viruses, the nucleic acids are always found to be intact, always the same, always very long and composed in the same way and the results of the biochemical characterization are documented.

In the case of all viruses, which are issued as viruses by means of this technique, the “negative staining”, the following has been done. These particles are not enriched, purified and isolated by the density-gradient centrifugation provided for this purpose, but sedimented by simple centrifugation on the bottom of the centrifuge tube, which is called “pelleting” and then observed under the electron microscope. The composition of such structures, which are presented as viruses, has never been determined biochemically until today. With this easily verifiable and comprehensible statement based on all publications of virologists, in which structures are identified as viruses by means of the electron microscope, the virologists have also disproved this argument of the existence of viruses in a simple and elegant way – without noticing it.

6. Electron microscopic images, which are output as viruses, are known as typical artefacts or cell-specific structures

Virologists publish a large number of electron microscopic images of structures that they pass off as viruses. They do not mention the fact that ALL of these images are typical structures of dying cell cultures or are laboratory-produced protein-fat soap bubbles and have never been photographed in human/animal/plant or liquids from them. Researchers other than virologists refer to the same structures that virologists present as viruses as typical cell components such as villi (amoeba-like protuberances with which cells cling to the surface and move around), exosomes or “virus-like particles”. This is further, independent proof that the virologists’ statements that viruses can be seen under the electron microscope have been scientifically disproved.

7. The animal experiments of the virologists refute the virus existence assertions

Now, in order to end the Corona crisis and turn it into an opportunity for all, it is necessary to make these clear, easily comprehensible and verifiable refutations of the virology public and effective.

These refutations become effective, for example, when the appropriate legal remedies against virologists are applied in the judiciary and the results are made public.

We will inform you via our WissenschafftPlus mailing list when we have results that are ready for decision. I guarantee with my name that anyone who wants to check these statements on any “disease-causing virus” will come to exactly the same conclusions if he/she is able to read the methods. Precautionary note: As long as the corona crisis continues, my colleagues and I will only answer inquiries regarding alleged so-called corona and measles viruses. For inquiries about all other “viruses”, I refer during the Corona period to the articles on this subject published in the magazine WissenschafftPlus since 2003.

Please do not only keep in mind that the decision in the measles trial, which was confirmed by the highest court of law, has deprived the entire virology of its basis.

It has been established by a court of law and is, therefore, part of the German jurisdiction that the publication of the central method of virology from June 1, 1954, in which the unintentional and unnoticed killing of cells in the laboratory was published as proof of the existence of disease-causing viruses, no longer constitutes proof of the existence of a virus from the year 2016!

The Corona crisis has increased the chance that the origins of the measles virus process alone can bring about the turnaround from the good-evil thinking and acting that dominates biology, medicine, society and the state today. In my opinion, the application of one, several or all seven of the above-mentioned arguments to SARS-CoV-2 may be enough to end the predictable dynamics of the global corona hysteria and the business dealings that are greasing it with tests and vaccines.

The Corona crisis is a unique opportunity and a clear call to stand up for life and the three universal human ideals of freedom, equality and fraternity,