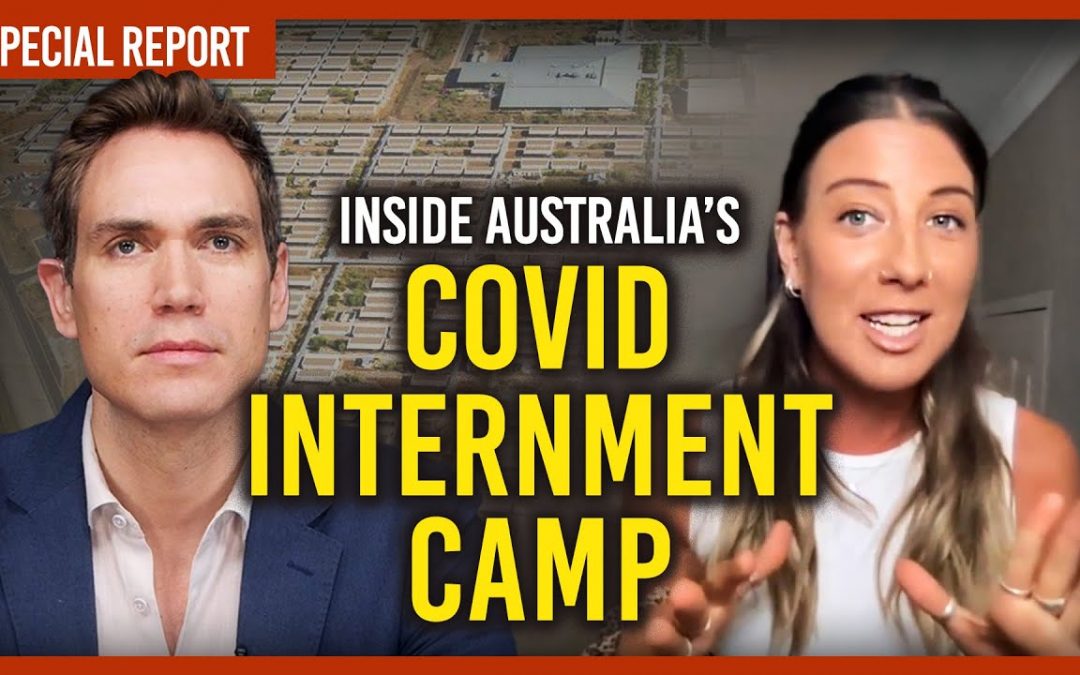 Hard for many to comprehend what is happening around them.

If you think this will not happen in your country think again. This is a global Agenda, not a national agenda. It is time realise the Emperor has no cloths on. It is time to realise that fear makes you blind and makes you look away as to what is happening. 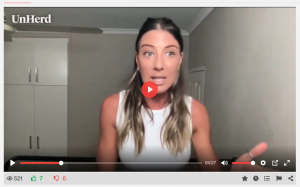 Hayley Hodgson, 26, moved to Darwin from Melbourne to escape the never-ending lockdowns — only to find herself locked up in a COVID Internment Camp without even having the virus.

She’s just returned from 14-day detention at Howard Springs, the 2000-capacity Covid camp outside Darwin to which regional Covid cases are transported by the authorities. In an exclusive interview with Freddie Sayers, she recounted her experiences.

It all began when a friend of hers tested positive. She recounts how investigators came to her home shortly afterwards, having run the number plate of her scooter to identify her as a ‘close contact’. They asked if she had done a Covid test, and at the moment she lied and said she had when she in fact had not yet. This set in train an extraordinary series of events.

“So then the police officers blocked my driveway,” she says. “I walked out and I said, “what’s going on, are you guys testing me for COVID? What’s happening?” They said, “no, you’re getting taken away. And you have no choice. You’re going to Howard Springs. You either come with us now, and we’ll put you in the back of the divvy van. Or you can have a choice to get a ‘COVID cab’… I just said, “I don’t consent to this. I don’t understand why I can’t just self-isolate at home, like a lot of other people are doing.” And they just said, “we’ve just been told from higher up where to take you. And that’s all that there is.”

She was ordered to pack a bag and was told that she could be released once she tested negative. Collected in the back of a rented van, she was then transported to Howard Springs. On arrival, she was told that she would have to stay there for the full 14 days:

You literally get put on the back of a golf buggy with your bags. And these people are in hazmat suits and everything. They don’t want to come near you because they think you’re infectious. And they literally drop you to your room. And they leave you. They don’t come and say anything, they don’t check-up, they don’t do anything. You get delivered your meals once a day. And you are just left.

She was tested three times during the 14 days, and on each occasion tested negative.

At one stage she was disciplined for leaving the confines of her cabin without a mask and was threatened with a $5000 AUD fine. On another occasion, she told how she was offered Valium to calm her down.

You feel like you’re in prison. You feel like you’ve done something wrong, it’s inhumane what they’re doing. You are so small, they just overpower you. And you’re literally nothing. It’s like ‘you do what we say, or you’re in trouble, we’ll lock you up for longer. Yeah, they were even threatening me that if I was to do this again, “we will extend your time in here.

What Hayley is still not certain about is whether her sentence at Howard Springs was punitive and related to her original mistake about the test — that is the impression she got from one call with the Australian Centre for Disease Control.

She has since lost her job at a store, which was on a casual basis. At no stage was she reminded of her rights or put in contact with a lawyer.

This has all taken place in a state that has recorded a total of 290 cases and no deaths. The Northern Territories has suffered comparatively far less than other Australian regions, but it has not shied away from highly draconian measures. Just last month, Katherine Town in the state went into a snap lockdown after three cases were reported.

The state’s Howard Springs centre has been described by the Australian Government as ‘the safest and most functional design for quarantine in Australia’. It has served as a model for quarantine camps elsewhere in the country, with the Australian Government partnering with state governments to deliver ‘Centres for National Resilience’ in Melbourne, Brisbane and Perth. These are all expected to be completed in the next 6 months.